Have You Encountered These Drinking-Related Problems? You Could Be At Rock Bottom

In the world of addiction and recovery, the term "rock bottom" shares significance to many people. It's a common sentiment that a person has to hit his or her rock bottom — in other words, end up in a highly undesirable situation as a result of addiction — before feeling compelled to seek treatment. Of course, one person's rock bottom isn't the same as another person's, and this can mean that you may struggle to know exactly when you've reached this point. Here are some drinking-related issues that could represent your rock bottom — and encourage you to check into a treatment center.

For many people who struggle with alcoholism, getting arrested for driving under the influence of alcohol represents their rock bottom. The entire process that you'll go through is downright humiliating — being placed in handcuffs in the back of a police car, having to call a loved one from jail, and sitting in a holding cell surrounded by people whom you likely deem "real criminals." Additionally, the impact of a DUI can be significant. It can cause your car insurance to increase, and you may even have the inconveniences of a temporary license suspension — which can especially be a problem if you drive as part of your job.

Being Violent To Someone You Love

It might not be a topic that you want to think about, but the reality is that alcohol abuse can cause people to act violently to those around them — even if they deeply regret their actions when they sober up. At worst, alcoholism may lead to domestic violence incidents such as physically assaulting a spouse or child. In other situations, you may have a violent temper with those around you. Even if such an incident doesn't turn physical, the victim may still be frightened for his or her safety.

Another common incident of hitting your rock bottom is being terminated from your job as a direct result of your drinking. Some people show up at work hungover on a repeated basis, while others may consume alcohol at lunchtime and try to act sober. Your manager may give you a couple warnings, and your human resources representative may encourage you to seek treatment. Should you ignore this helpful intervention and continue with your drinking, it's possible that termination may occur. A rock bottom of any degree is a sign that it's time to get help, and doing so begins by calling your local alcohol addiction treatment center. 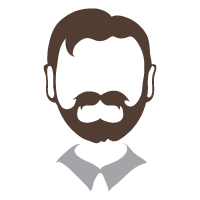